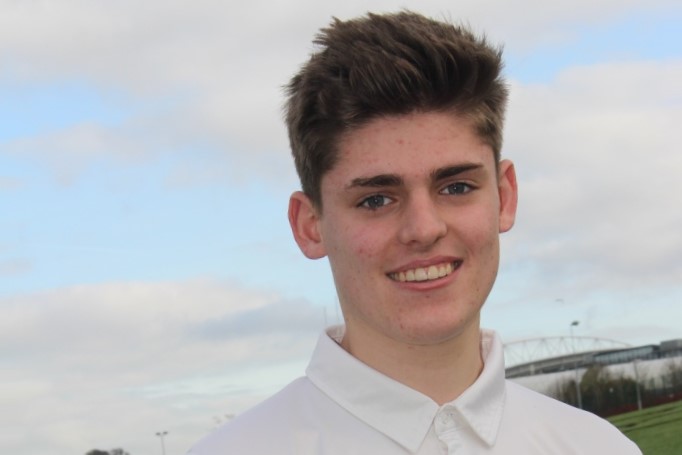 Will is a former Brighton Aldridge Community Academy student, where he combined his A-Level studies with the Aldridge Cricket Academy, a unique offer for state-school educated students looking to break into the often fee-paying school dominated sport.

I’ve been playing cricket since I was seven. I tried football and rugby, but cricket was the one I became passionate about. You have to love a thing if you’re going to work hard and give it the time to get good.

By 14, I was playing in the senior teams at my club – that meant being up against guys who were 20, 21 – but it wasn’t enough. I knew by then I wanted cricket to be my career and the school I was at wasn’t going to help me get there. So when I turned sixteen I joined the Aldridge Cricket Academy, part of the sixth-form at Brighton Aldridge Community Academy. The Sir Rod Aldridge Cricket Centre’s facilities and the teaching are incredible: you don’t just get coached in what to do – you’re taught how and why as well. So you learn to think creatively about the game. I’m doing a BTEC in Sport to get my Level 3 diploma, with a subsidiary diploma in Sport & Exercise Science, and will go on to university to study Sport and Exercise Science – either at Brighton or Durham.

Cricket’s a team sport, but at an Aldridge school you don’t just experience that on the pitch. My classmates and I coordinated training sessions for younger players: you had to plan them and evaluate them, making sure they ran as smoothly as possible and not panic when things didn’t work out. After those training sessions we then had to run a whole tournament! I chaired our group of four, which meant that in addition to having my own role and responsibilities, I also had to keep the group on target and on deadline. I learned how to juggle my workload, manage my time, and think on my feet when problems cropped up.

In March I was selected by Sussex Cricket to join their professional squad on their pre-season tour to South Africa. It was incredible – the intensity was at a completely different level, and the speed in the field was exceptional. And all with Table Mountain in the background! An amazing experience.

Will has subsequently been selected in the Sussex First Team squad for their opening County Championship matches of the 2018 season.