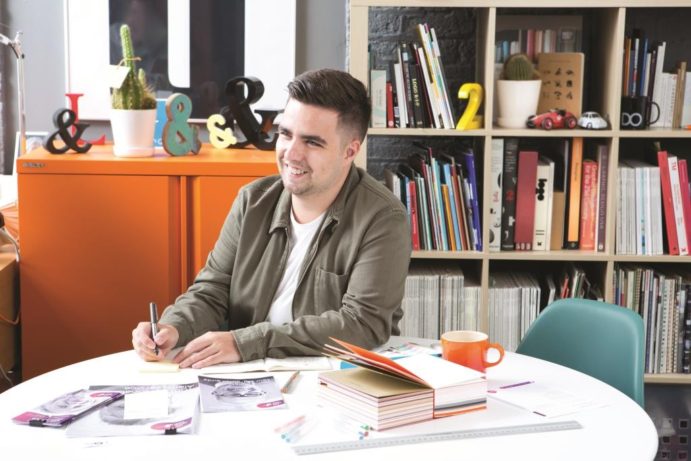 The Aldridge Foundation’s approach helped Liam Dargan to focus his creativity on benefiting his community, giving him the skills, the tools and the confidence to succeed as a professional creative.

When Liam Dargan started at his local high school, the hall had recently been burned down by arsonists. When it was eventually transformed into the Darwen Aldridge Community Academy (DACA), he recalls it wasn’t just the damaged buildings that changed – the attitudes of his peers shifted too.

People started wearing their uniforms with pride, tucking in their shirts and doing their ties properly. The fact that our school had been chosen for transformation made a lot of people realise that they could achieve something. Sixth-form was brought to the school, opening up the possibility of going to university – which most people just wouldn’t have thought about before.

With new facilities throughout the school, students were able to explore their passions with dedicated teachers and the best equipment. In addition, the Aldridge Attributes were embedded into the curriculum, opening up opportunities for the students to be challenged in different ways. Liam’s creative side really came to the fore.

Before the academy I had started making films using basic software, but having access to the new graphics classrooms, with MacBooks and photography equipment, meant I could make some interesting things.

Liam posted one of his short films on YouTube and it caught the eye of a local estate agent, who approached the sixth-form student and asked him to make some videos for the business.

The entrepreneurship team at the Academy guided me. I ended up picking up work from contacts within the town, including a local interior design business where I completed a six week project designing the wall graphics for Liverpool Football Club’s Museum the summer before heading to university.

Setting up as a freelance creative had never occurred to Liam as an option, but the business incubation team at the academy encouraged him, hosting client meetings and helping him to get a grant to buy his own MacBook.

He went on to apply to Kingston University, to study graphic design. The combination of his experience and the business-minded subjects he had studied at DACA meant he was able to start his degree there without doing a foundation course, something most school-leavers are expected to do before artistic degrees.

Kingston may have been over 200 miles away from Darwen, but the town was never far from Liam’s mind and his final project at the university was centred around the market in his hometown. Starting as an initial consultation for the replacement of the three-day market, Heart of Darwen highlighted the importance of community collaboration, ideas and opinions within the development of the town centre. The platform has since grown, and aims to give the community and local businesses the tools and inspiration to thrive, based on ideas from local people, gathered in various co-design sessions and workshops.

Having graduated with a first, with a commendation for articulating debate in social design, Liam has since become a Service Designer for The Future Cities Catapult in London, where he is working on Sharing Cities, a European project primarily working across London, Lisbon and Milan to help the cities become more sustainable.

I really see the value in creating design for good. I think it is important to involve the end user as much as possible throughout the design process,” he says, “and to encourage others use design to improve the world around them.