The state of the art building features the Bridge Business Centre, home of Darwen Creates.

The academy Sixth Form brought a new education offer for post-16 students with the outstanding new facilities at the academy designed to be accessible to the wider Darwen community. 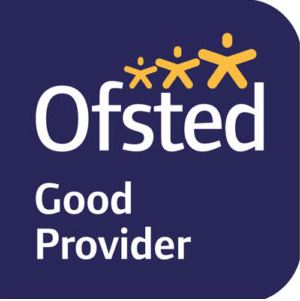 In 2011, its third year after opening, DACA was a finalist in the Academy of the Year category at the Education Investor Awards. On 11th April 2011 Prince William and Kate Middleton officially opened the academy buildings in one of the last official engagements they carried out before their wedding later that month. Prince William praised the “wonderful, innovative, ground-breaking” academy and stated “I am convinced the academy will transform the lives of families in Darwen and, through its example, countless others elsewhere.”

2013 saw a first for the academy when Khushna Sulaman-Butt secured her place at Ruskin College, Oxford to read Fine Art – the first DACA student ever to progress to Oxford University. Since then a number of other DACA students have also won places at Oxford and Cambridge universities.

In the same year, DACA also achieved a Good rating in all aspects of an OFSTED Inspection, a rating which was maintained across all categories in their subsequent inspection in 2017.

Since becoming an Aldridge academy, GCSE and KS5 results have substantially improved. In August 2019 of all GCSE grades achieved at the academy, 21 were at Grade 9s, 59 Grade 8s and 100 Grade 7s. Overall 68% of students achieved Grades 9-4 in maths and 66 % in English. Nearly half of passes in both subjects were graded as “strong” (Grade 5) passes.

In the sixth form 45% of all A-level grades achieved were A* – B and nearly half of all Applied / Vocational subjects were passed with top Distinction * / Distinction grades.

In November 2016 the academy received a British Council International School Award recognising its “outstanding development of the international dimension in the curriculum”. The award recognised Darwen Academy’s long-term commitment to improving education and enhancing understanding of different cultures through its programme of overseas visits and project work in disadvantaged communities.

An example of this commitment can be shown through the Academy’s 2019 AfriDACA programme where a group of DACA students travelled to Uganda to teach local schoolchildren, learn about the area’s history, and witness first-hand the high level of poverty and that was present in the community in which they visited.

In 2020 the sixth form was named in the in the top 10 per cent of A-level providers in the country for the third year running and the academy’s contribution to the local business community has been recognised at the local Hive Business Awards. In October 2018 the then Small Business Minister Kelly Tolhurst announced that the Academy had won the Government’s national award for Building Enterprise Skills, one of four Enterprising Britain Awards.